Stonehenge may have been an ancient Lourdes 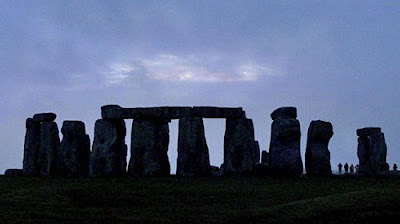 British researchers think they have solved the decades-old mystery of why ancient Britons transported massive rocks 250 miles from Wales to Salisbury Plain to construct the massive but enigmatic Stonehenge monument: They believed the stones possessed healing powers.

A variety of archaeological evidence, including results from the first excavation inside the monument in nearly half a century, also suggest that the first stones were placed at least 200 years later than previously believed and that the Romans may have altered the stones during their occupation of Britain.

The findings do not conflict with other recent theories about the uses of Stonehenge -- which indicate that it was an astronomical observatory, a cemetery and the site of biannual celebrations that honored the dead and the living. But they do suggest that the monument also was an ancient Lourdes where pilgrims congregated to have their wounds and illnesses magically healed.