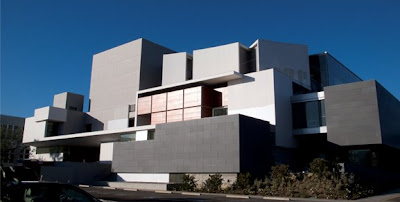 The Broad Stage will provide a much-needed performance facility for the College and the surrounding community. Its 499-seat state-of-the-art Theater will anchor a performing arts complex at the SMC Madison Campus on Santa Monica Boulevard and 11th Street. Its Art Gallery will feature student and faculty exhibitions in addition to world-class artists. Its 99 flexible smaller rehearsal hall will be used for the presentation of spontaneous and experimental works as well as other types of performance. Its presenting program will host high-level professional productions of dance, theater, voice, chamber music, film and spoken word. Our arts education outreach for local and neighboring K-12 schools will utilize artists presented from the main Theater Series as well as local performers. The adjacent building will be a home for the SMC Music Academy. Although a public facility and part of the California Community College system, the Madison Project will be supported principally through earned revenues, public and private donations, including a completed Capital Campaign chaired by SMC Alumnus Dustin Hoffman and an Endowment Campaign launched in 2005.