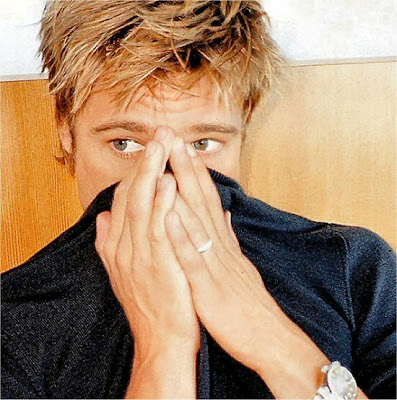 Brad Pitt announced Wednesday that he was donating $100,000 to fight California's Proposition 8, a November ballot initiative that would eliminate same-sex couples' right to marry.

"Because no one has the right to deny another their life even though they disagree with it, because everyone has the right to live the life they so desire if it doesn't harm another, and because discrimination has no place in America, my vote will be for equality and against Proposition 8," the actor said in a statement.

Political strategist Chad Griffin, who is helping coordinate efforts in the entertainment industry to defeat the controversial initiative, said he was hopeful that the move would prompt others to get involved. He added that Democratic billionaire Ron Burkle had agreed to host a large fundraiser at his home in October to rally the entertainment industry against Proposition 8, which opponents say will take away important benefits such as health insurance and complicate decision-making related to medical emergencies and other situations in domestic partnerships.