It won't rain on her parade 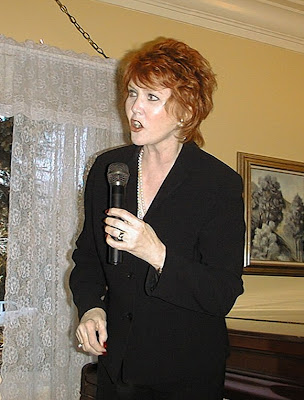 The bloom is back on the Tournament of Roses Parade for veteran television host Stephanie Edwards.

The red-haired personality said she is thrilled to be back in the KTLA-TV broadcast booth for this year's New Year's Day parade, especially after being demoted in 2005, then later dropped from the coverage team altogether, after more than 25 years. Edwards will be reunited with co-host Bob Eubanks at the annual Pasadena event, KTLA executives announced Tuesday.

"Hell has frozen over," said Edwards in a phone interview Wednesday. "It feels great, of course."

Her comeback brings a happy twist to the parade saga, which prompted an uproar from longtime fans when Edwards, then 61, was exiled from the booth in 2005 in favor of the much younger KTLA morning news co-anchor Michaela Pereira.

The furor was fueled by Edwards' assignment on a rainy day -- working the sidelines in the viewer grandstands where she became drenched. Soon after the soaking, she was fired. The station was later flooded with complaints from viewers who felt she had treated shabbily.

Although looking forward to her new beginning, Edwards admitted to some apprehension.

"I'm a little concerned about how true the saying 'You can't go home again' is. I'm not complacent about this at all," she said.